Every year people die in traffic collisions when it’s foggy. Serious injuries and the number of crashes dramatically increases whenever it is foggy or in conditions of poor visibility.

Virtually all of these incidents are avoidable by drivers altering one characteristic of their driving style: Following Distance

The advice below includes some basic maths so you can understand (and explain to others) the importance of the correct following distance especially in fog!

The first thing to understand is that normal following distances do not work in fog but to understand this, you need to get your head around why the standard recommended two second gap works in the dry?

The following example explains what happens in an emergency stop on a dry road in good weather conditions where drivers were complying with the ‘two second rule’ as a minimum.

To help explain this we have made some assumptions:

An alert driver will take about 0.6 of a second to react to an emergency situation, add to that a further 0.2 seconds before you have pressed the brake pedal to give maximum brake force. In this time you will have travelled through 22 metres (72 feet) of your following distance and the vehicle in front may have used up another 18 metres (60 feet) because it was braking nearly a full second before you. Around 40 metres (130 feet) of your gap has disappeared only leaving around 15 metres (50 feet) square but you should have been able to avoid a collision.

From experience, most drivers follow too close to the vehicle in front in all weather conditions, especially poor driving conditions including Fog and often at a speed where they cannot stop in the distance they can see to be clear.

If you are travelling in a line of vehicles at 50 mph and are two seconds behind the vehicle in front (the recommended time gap for good dry roads) this is what might happen if there is an incident ahead:

If you are following at a 2 second time gap so are about 150 feet behind the car in front, it will take you at least 53 metres (175 feet) to stop (more if the fog has wet the road) in an emergency.

Because very often in fog you cannot see past the vehicle immediately in front, you are unable to see anything developing in the distance (nor can the driver of the vehicle in front of you or the one in front of them!).

If there has been an incident ahead, the vehicle a couple in front of you will spot it’s too late to stop and will hit the crash at about 20 mph because he needs about another 25 feet to stop! The vehicle in front of you will pile into the wreckage at about 30 mph because he needs another 50 feet to stop – you have no chance. You would be lucky if you managed to hit the brake people before you hit the (now stationary) vehicle in front. Oh and before you think you have got away with it, what about the vehicle behind, they have no chance either, just hope it is not a truck!

For the option to save or print out further information, please click here: driving-in-fog

Independent, Nottingham based vehicle provider, offering a range of leasing options from 12 months to 5 years.

Please contact Pedigree Automotive Solutions with any requirements you may have.

All primary prices shown on this website ex VAT at the prevailing rate unless otherwise stated.
Nottingham Web Design 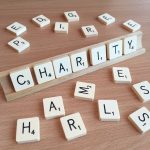 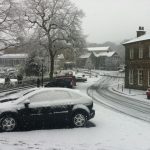